The Friends of St. Ann’s Church was formed out of necessity years after the church was closed in 1961. St. Ann’s had served the Sawkill community since 1869. It was closed when it became the mission church of Saint Catherine Laboure in Lake Katrine. From 1969 to 1975 it fell into a state of disrepair. It was then that a small group of residents headed by Jack Duffy, a longtime Sawkill resident, his son, William, and friends decided that St. Ann’s could not be left to ruin. An attempt to paint and repair some of the damage by the abandonment was undertaken. After a tragic automobile accident resulting in the death of three of the workers, work was halted for a number of years.

In 1978, an organized effort was undertaken to repair the church. This effort became known as “The Committee to Save St. Ann’s”. Local residents painted, plastered, and replaced windows. The name was also changed to “The Sawkill Church Repair Fund.” It had a board of five trustees headed by Joseph Goldpaugh, Jr. The first fund-raising effort was a bazaar. This netted the group a total of $8,579 to use to cover the cost of repairs. On Memorial Day, 1979, Mass was celebrated for the first time.

Through kind donations and volunteer effort, we have been able to keep St. Ann’s in good repair both inside and outside. Some of the major repairs and maintenance that have been done over the years are: painting both the inside and outside of the church, refurbishing and painting the tin ceiling, electrical repairs, installation of new windows, refinishing the pews, repairs to the grotto steps and a new railing, new water line, removal of the oil tank, installation of a new furnace, grading the parking lot, blacktopping around the church, blacktopping the driveway, organ repair, repair of cellar entrance, removal of two large spruce trees by the grotto, and of course the continual upkeep of the cemetery. With the cooperation of the Archdiocese, a new roof with insulation was installed as was a new fence and a new front door.

Over the years, many volunteers both Catholic and non-Catholic have donated their time and skills to keep Saint Ann’s from falling into disrepair again. This group is now known as “The Friends of St. Ann’s.”

Meetings are held the third Wednesday of the month at 7 p.m. during: April, June, August, October, and November.

Masses are held on Memorial Day (May), Novena to Saint Ann for 9 days, Feast of Saint Ann, All Souls Day (November), and Christmas (December). Dates and times are to be announced.

We continue with our efforts to keep St. Ann’s the beautiful little chapel we see today and continue her legacy. 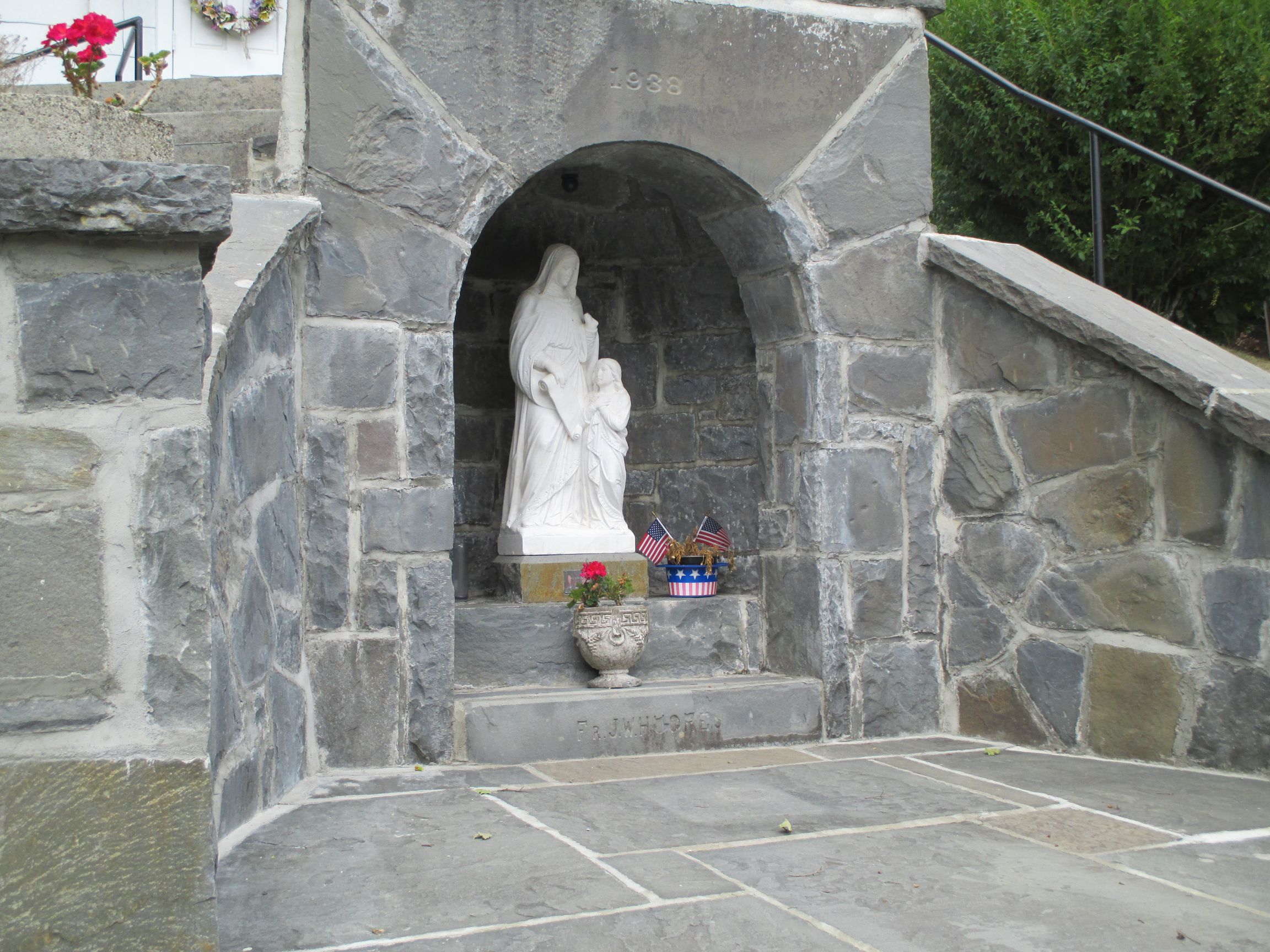